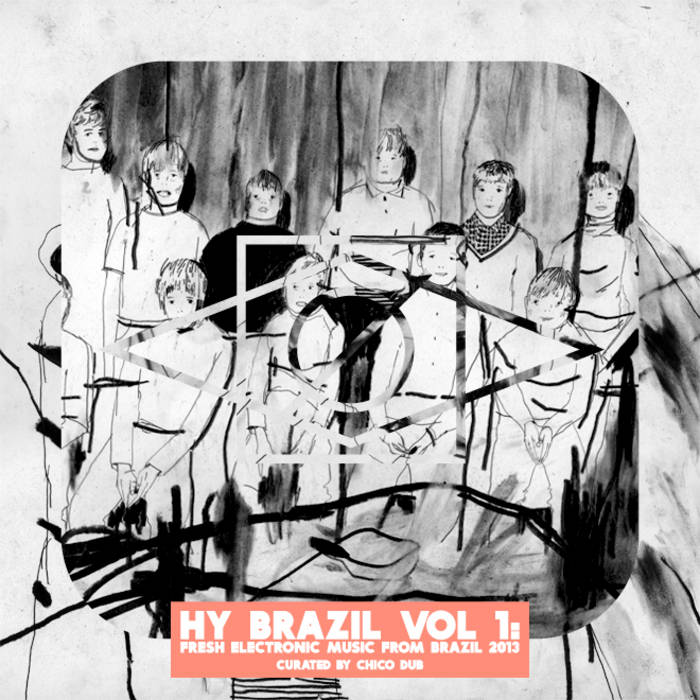 Hy Brazil Vol 1: Fresh Electronic Music From Brazil 2013 gathers 14 tracks from 14 new “Made In Brazil” electronic projects. Most of these artists have been into musical production for only a very short period of time. The age group is also quite low: many are in their early 20s. Other common factor is that almost none of them are signed with record labels. Besides that, their Soundclouds and Bandcamps are updated on a weekly basis with new tracks available for free download.

Some of the artists are more well known locally, having played at festivals such as Sónar São Paulo, Eletronika and Novas Frequências, like Pazes, the beatmaker from Brasilia and Psilosamples, a producer from Minas Gerais who blends traditional folklore music with techno and IDM. Not to mention Rio’s Leo Justi, who recorded an official remix for M.I.A. and has done beats for her new record as well.

Each in their own way, Omulu and Jaloo are making efforts to update the tecnobrega (a music style that translates to something like “cheesy techno” and is developed in Belém do Pará, a city in the Brazilian Rainforest). A carioca living in Rio’s mountain region, Omulu calls his music “brega bass”, while Jaloo, a producer living in São Paulo but born in the state of Pará, makes a sound that he calls “sci-fi brega”. Also from Rio de Janeiro is Strausz, who is originally interested in disco-house, but contributes to this compilation of brega with a track sung by the singer, producer and song-writer Kassin.

Seixlack and Soul One come from the Metanol FM collective, one of the most active São Paulo movements in favor of a new electronic music scene (juke, future beats, and abstract hip-hop). Next to them in terms of sound and geographical location are Sants and CESRV. And then there’s Tropkillaz’s, the Brazilian flavored trap duo, formed by the popular and respected DJ Zegon (who’s also one half of N.A.S.A and an exception in the context presented here) and the young beatmaker from Curitiba, Laudz.

Rio’s DJ Guerrinha (voice and keys from Dorgas band) and Curitiba’s Bruno Real are into a dancefloor/headphone house hybrid. In the same contemplative spirit but almost beatless is Lucas de Paiva’s People I Know. Lucas is a very young producer who already revealed a couple of local pop singers, bringing them into national media attention.

“What makes me even happier than making this compilation is knowing that there’s material for at least two more volumes. Actually, this whole fertility extends the electronic music umbrella – a sound whose originality has always been difficult to find. Brazil is experiencing today a very rich and productive moment in terms of original music, be it MPB (Brazilian Popular Music), electronic, or experimental. Quality and quantity walking side by side.”
Chico Dub